CAC Perspectives: Can Modern Art and Religion Get Along?

The December issue of Chicago Artists’ News contains another installment of “Perspectives,” a column in which invited artists, critics, gallerists, and other art-world figures weigh in on an issue or phenomenon that has caught their attention.

Bridging the Gap Between Modern Art and Religion
by James Elkins

As a professor at the School of the Art Institute of Chicago, I’ve noticed that art students who make work with religious or spiritual significance often can’t get interesting criticism. Their instructors will often shy away from religious or spiritual themes, and talk instead about safe things like color and form. At the professional level, if artists make work that is infused with religious themes, they typically cannot get shows in the main art galleries, or places in biennales or art fairs. 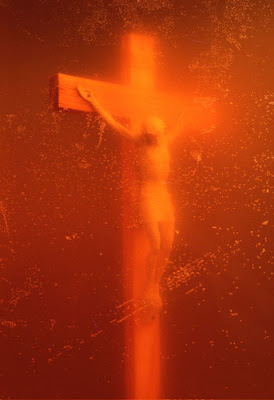 On the other hand, if their work is critical of religion, they often can participate in the international art market. Chris Ofili, Andres Serrano, and Maurizio Cattelan are only the most famous of a large number of artists whose work is seen as openly critical or skeptical of organized religion and therefore nominally acceptable in the art world. In general, if an artist practices a non-Western religion, or a tribal religion, or if the religion is private or otherwise hidden, it can be acceptable; otherwise, the work has to be critical of religion.

So I have become concerned that the very large number of student artists, throughout the world, who are exploring religious or spiritual themes are cut off from serious, engaged criticism; and when they become professional artists, they are marginalized by an art world intent on skepticism, hermeticism, ambiguity, and many other things — but not the direct expression of faith. 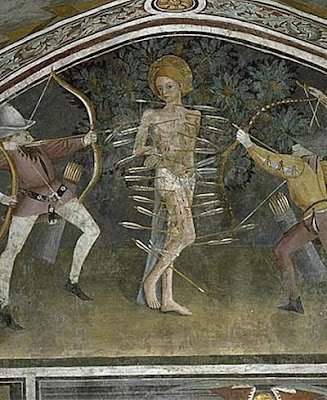 I think this problem is at least in part attributable to a gulf of misunderstandings, or differences, between two groups of scholars. One group I’ll call the “religionists,” using the word that academics tend to use to identify practitioners of any sort. They would include not only scholars of religion and the history and philosophy of religion, but also scholars who write about religious themes in relation to art, such as Mark C. Taylor. They would also include art historians who work in religion departments, or theological unions; and they would definitely include art critics who are engaged with contemporary religion, spirituality, or “New Age” (NRM, New Religious Movement) art. The common ground of this first group is the sense that religion, or spirituality, has always been an accompaniment of modernism, and that modern art is, in many ways, a site of the partial recuperation of such themes. 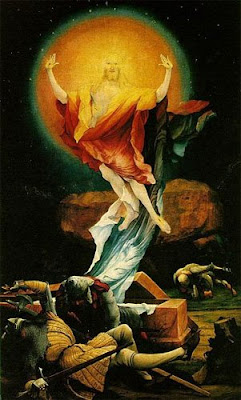 The second group includes art historians who believe more or less the opposite: that modernism is predicated on a secularism that often springs from political convictions, and often expresses itself in various formalisms. In that second point of view, an artist like Kandinsky is an exception, and an artist like Rothko who speaks openly about religious issues is fundamentally misguided about his or own work (which is valued for any number of non-religious reasons).

The differences between these two groups of scholars are encapsulated in a pair of quotes. One is from John Updike: “Modern art is a religion assembled from the fragments of our daily life.” The other is from the art historian T. J. Clark: “[I will not have anything to do with] the self-satisfied Leftist clap-trap about ‘art as substitute religion.’” These quotes served as epigraphs to my book The Strange Place of Religion in Contemporary Art. After its publication, I started getting invitations from Christian colleges. Those experiences have been salutary. I’ve discovered that at least some Christian institutions are very open to discussion on these points. And in those same four years, I have gotten only one invitation from a secular institution. MIT held a conference called “Deus (ex) historia,” on religion and art, and I gave a paper there — but that conference had no “religionists,” and only a few artists, all of whom practice private or non-Western religions — ones acceptable in the art world, and in academia.

Flight and Failure of Saint Anthony, left panel, by Bosch

But I’d like to see both groups represented, and to find a way of speaking that can accommodate them. This past April, the SAIC hosted an event entitled “Re-Enchantment,” which was an attempt to work on these problems. I tried to invite people from both sides of that question. I failed. Several people (whom I won’t name) said that just sitting down at a table with people who will talk about religion and modernism would itself be too unpleasant.

Despite the disproportionate representation of people willing to talk about art and religion, we had a good conversation, which has been transcribed for the book Re-Enchantment (which I’m co-editing with David Morgan). Here we will try again to redress the problem by inviting some thirty people who were not at the April event to write comments on our conversation. Our hope is that the book will continue the attempt to speak across the gap, and to be of use to art students and artists who need ways of articulating their religious practices.

I think that the misunderstandings between “religionists” and others is the single largest issue in art education. It’s not like religious issues in the real world, which everyone knows are crucial: in the art world religion is belittled or hidden, and that makes these problems even harder to solve.

James Elkins is E. C. Chadbourne Professor of Art History, Theory, and Criticism, and also professor of Visual and Critical Studies, at the School of the Art Institute of Chicago. His most resent books (edited) are Visual Literacy and Visual Practices Across the University.

Re-Enchantment is forthcoming from Routledge Press in 2008. The transcript of the panel discussion is available on request from jameselkins@fastmail.fm.

Posted by Chicago Artists' Coalition at 11:38 AM