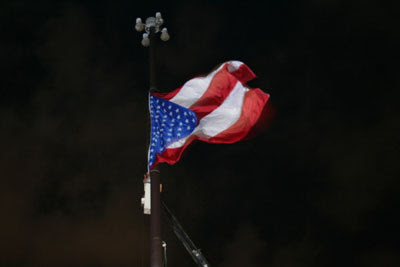 An interview with Josue Pellot, Chicago Artist To Watch

Everyone meets at Humboldt Park’s Café Colao to have coffee on a Tuesday morning — from local politicians to the neighborhood’s elderly. I met with Chicago Artist to Watch Josue Pellot, and what began as an interview developed into another conversation among the many in Café Colao.

MJ: What do you usually order here?

MJ: Why did you choose this café for our interview?

JP: I was born in Puerto Rico but raised here [Humboldt Park], and a lot of my work comes from conversations I’ve had in this Café, from just hanging out and talking to people. Ideas for some work began here and turned into full projects. For instance, I was eating a sandwich one day and saw this machine in the corner. 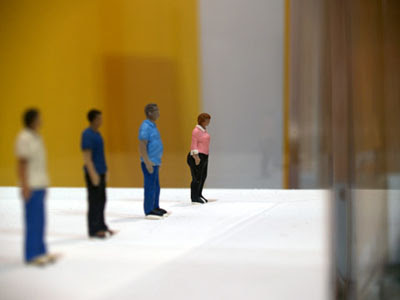 JP: Yeah. It sells an identity back to you — puts it in a capsule and sells it to you for fifty cents. I don’t think it was done purposefully. Irresponsibly, yes. But it wasn’t an evil plan. It does, however, set the “other” as a commodity. So then I thought of making my own Boricua figures out of my own family. I started with my Dad. I made my family into “Boricuas” to put it out to people too. Some stereotypes are true, but there are other things that are true too. In part, my family of “Boricuas” created a balance. A kid pulled out my dad after putting in his fifty cents. My dad’s Boricua figure was so normal that the kid seemed confused.

MJ:Is this work in your community that influenced your neon signs?

JP: A lot of my work is based on my community as well as the influence of post-colonialism, both here and on the island. Much of the conversation revolves around commerce. Nowadays, you colonize by invading and taking over the market. Then the people depend on the colonizer.

Josue opens his laptop and with a few clicks brings up an image of the Castillo de San Felipe del Morro, known simply as “El Morro,” a fortress built by Spaniards in San Juan, Puerto Rico. He clicks on another file and an image of a shopping plaza in Chicago with a food store and laundromat appears next to the image of El Morro. Josue points out the castle-like architectural similarity between both buildings.

JP: The neon signs tell a story of when the Spaniards came and conquered the Tainos [the indigenous people of Puerto Rico] and when the Tainos revolted to kill Saucedo [a Spanish Conquistador]. I did research and found images of those events and animated them as templates for neon signs. I just completed my first neon sign. The goal is to put it on these storefront windows. The neon signs in the context of the shopping plaza that resembles the Spanish fortress really drive the point home. At first glance, people may think they’re just ads for beer or whatever. Then they’ll realize they’re depicting events of our history. It’s also a shared history among other people.

Josue stretches out the images of his neon signs on his laptop screen. The Spanish Conquistadors are animated by the blinking of the lights. First blink: A conquistador aims his sword at the back of a Taino man. Second Blink: The sword pierces out through the chest. The second neon piece animates two Taino men drowning Saucedo.

MJ:What led you into this art form?
JP: It was through graffiti that I learned the basics of painting, and it also taught me about public intervention to some degree — it can be in your face, and just as appreciated or unappreciated.

Josue clicks on his laptop until he finds a photo of an installation he did on a highway in Puerto Rico. A flag designed by him, a variation of the Puerto Rican flag with 51 stars, waves in the sky on a streetlight pole. Below it, Josue is surrounded by a police squad. 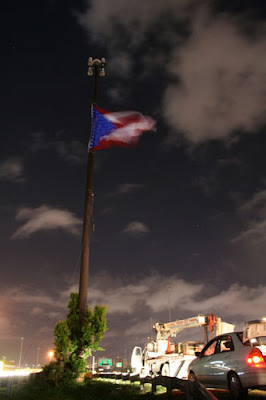 JP: I had a loophole permit to do this — I acquired a permit from the city to use a truck with a mechanical arm in the expressway for documentation. I left the part about the 15×25-foot flag out. When the cops showed up and saw the permit, they didn’t know what to make of the flag.

It was a site-specific installation. It was near the site of “Guerra de las Banderas,” [War of the flags], where during a period of time people took down each other’s flags, US and Puerto Rican, back and forth. And it was also near across from a mall, Plaza Las Americas, where a woman from the senate put up a big US flag. The flag I made gained stars — fifty. And I chose that location to put it in context with the “flag war” going on and the mall that happens to have a logo with the sails of the Spaniards Ships. So it comments on two things — the people who colonized Puerto Rico first, and those who colonized Puerto Rico for a second time, the United States.

It also brings back the idea of colonialism through the market. Plaza Las Americas has some of the best selling stores in the US and Puerto Ricans spend a lot of money there. 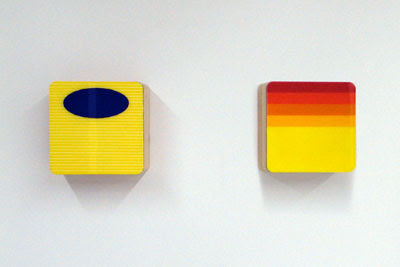 MJ: You have other pieces that seem to divert from your work on identity, like the boxes that resemble Malta logos.

JP: Those pieces are looser, more abstract. I’m also into minimalism and pop art. They lead into other conversations: object vs. painting. But there’s always a common thread throughout the work.

He points to a refrigerator in the corner of the café.

JP: You can buy “Malta” here. The colors from the box pieces came from the Malta labels. It’s a bottled malt beverage that, through our culturally conditioned taste buds, has become a symbol of identity among Latino consumers.

If you ask most Puerto Ricans in the states, “Do you drink Malta?” they’ll say, “Of course I do. I’m Puerto Rican!” They think, “I consume, therefore I am.” This form of identification is mass-produced and up for sale. Those bottles of Malta hold the standard for culture. These pieces and the Malta are both equally commercial and ideological, but they represent two different manifestations, two different scales and amounts of cultural power. Ironically, some Malta is made in the USA.

MJ:What are you working on now, and where are you going with your work?

JP: The neon project is in the works. Later on this year I will be in Bristol, England for a group show. I have a solo exhibition coming up at North Eastern University next year. And in 2010, I’ll have a solo show at the Chicago Cultural Center. This summer I’ll be giving a talk in Humboldt Park coordinated by the CAC and IPRAC. I always want feedback from people in the community. And public projects? They tend to happen randomly.